I have already published a Stephens bibliography on this blog, but here is a fresh one, which I think is far more accurate and updated. I have consulted the following, and have corrected their entries where necessary with the help of the internet.

I am still waiting for Nelson Falcao to supply a complete list of the MS of the Khristapurana - he says he has some 15 of them, including the one from the Central Library, Panjim.

Account of Thomas Pound and petition for him to be admitted in spite of his absence to the Society of Jesus.


“Stephens’s account is extant among the archives at Brussels and at Stonyhurst (Collectio Cardwelli, i.16; FOLEY, iii.580-4.” [Pollard 355.]

Full text [English translation], in J.L. Saldanha, “Biographical Note,” xxx-xxxiv. See also ibid. note 1: The writer in the Mangalore Magazine obtained a copy from the National Library of Brussels. The writer might be the Rev. D. Fernandes, SJ, mentioned in the Editor’s Preface, iii.]


Two unpublished letters of Stephens, his obituary notice and the Catalogues of the Goan Province. Roman Archives of the Society of Jesus. [Falcao 2003 213.]


Two unpublished letters of Stephens, his obituary notice and the Catalogues of the Goan Province. Roman Archives of the Society of Jesus. [Falcao 2003 213.]


According to S, this book was a translation into Konkani of a Christian Catechism in Portuguese by Padre Marcos Jorge. Published 3 years after death of Thomas Stephens. [S xxxvii.]


Fr Diogo Ribeiro, SJ, is said to have added to the manuscript the fruits of his 50 years’ study of Indian languages. Printed only in 1640, after the demise of both authors, at the press of St Ignatius’ College, Rachol, with Imprimatur of the Provincial, Manoel Barradas, given with the consent of the Praepositus General of the Society, Fr Vitelleschi. Only 2 copies of the first edition are known to exist. [S xxxvii.]

Sir Monier Monier-Williams, “Facts of Indian Progress,” Contemporary Review, says he has seen an edition of this grammar in the India Office Library, but none of his other works. [S xxxvii, xxiv.]


The title with all its details is taken from the ‘Licence,’ which itself is found, not in the MS collated by S, but in J.H. da Cunha Rivara’s Introduction to his edition of Stephens, Arte da lingua Canarim, 1857. [S xli, note 2. See above for full details.] Imprimatur 22 June 1615. “From the Censures and Licences annexed it seems to have originally been written in Portuguese and then translated into the vernacular in which we now find it. The translation appears to have been completed in 1614 [S xxxix, note 1: see stanzas 119-120, Canto 59, Dussarem Puránna], and printed for the first time, in 1616, as declared in the descriptive title in Portuguese first given to the book.” [S xxxix.]

See, however, Pollard 356 who speaks of a copy as extant in the Archivo Universal of the National Library at Lisbon.

It would be important also to check where da Cunha Rivara obtained the 'Censures and Licences' which he reproduced in his "Ensaio Historico."

“A second edition, taken in hand in 1646 under the auspices of the aforementioned Fr[ei] Gaspar de S. Miguel, who, with some other ecclesiastics, completed a revision of the work on February 20, 1649, appears to have been published in the latter year under the title of the Puránna, in place of the original Portuguese designation borne by the first edition…. It is not known where the second edition was printed.” [S xxxix.] The Drago edition, however, indicates (see front matter) that it was printed at Raitur, Goa, 1649.

See again Pollard 356 who speaks of a copy as extant in the Archivo Universal of the National Library at Lisbon. Also, check da Cunha Rivara, "Ensaio Historico."

See again Pollard 356 who speaks of a copy as extant in the Archivo Universal of the National Library at Lisbon. Check da Cunha Rivara, "Ensaio Historico."

Abbott claims that this is a copy of Thomas Stephens’ original text. Bandelu feels that there is not enough evidence for Abbott’s claim. Falcao follows Abbott without really arguing his case. Strangely, while admitting that M is an MS and not an ‘edition,’ he still lists it as the 7th edition, coming after D, without giving any supporting reasons. [F 2003 20]

Fr H. Staffner obtained a microfilm of M and made 2 copies. One is in the Jaykar Library of the Pune University. The other is in Snehasadan, Pune. [D, “Abhara,” ix.] It would seem, however, that there is another microfilm of the same in the Mumbai Marathi Sansodhan Mandala, Mumbai, though D does not specify that this is M. [See D 905.] F 2003 follows D, but specifies that this microfilm is indeed of M. [F 2003 213.]

Note: Da Cunha, The Konkani Language and Literature: Fr Pascoal Gomes da Faria added in 1722 some 237 strophes to the seven cantos from 45 to 51 of the second part. S says that there is no trace of these in the copies collated by him. [S xlii.]

[2 copies in a Kannada script rendering of the original Marathi. Library, St Joseph's Monastery, Carmel Hill, Bikarnakatte, Mangalore. Fr George Santhumayor reports that the copies were 'printed' at the beginning of the 20th century.]

[Manuscript.] Borrowed by S from Marian Saldanha, “an enthusiast of Puránnic literature.” [Presumably a copy in Roman script.] [S iii.]


Most probably this is the MS in possession of the Thomas Stephens Konknni Kendra, Alto Porvorim (their no. V 353). It bears the name "M.C. Saldanha" both on the spine, and in pencil on the first page.


“The scheme of printing The Christian Puránna had its origin in a suggestion made by Mr. J.A. Saldanha, BA, LLB, Sub-Judge of Alibagh, Bombay Presidency, in his learned lecture on Fr Stephens’ work, delivered three years ago [i.e. c. 1904, presumably] in the Catholic Union Club, Mangalore. In order to obtain as many copies of the book as possible, as well as to evoke interest in the almost forgotten classic of the Konkan, he undertook a journey to Goa and along the western coast, appealing to the people at large by means of lectures such as the one ready by him before the members of the Bombay Branch of the Royal Asiatic Society.” [S i.] “The Devanagari transliteration obtained in connexion with the present publication, through the kindness of Mr J.A. Saldanha, is, however, full of modern forms given in place of the old ones of the Romanized copies, and contains, besides, numerous errors. It seems to have drawn a good deal of attention at the late Centenary Celebration of the Bombay Branch of the Royal Asiatic Society, at which it was exhibited at Mr Saldanha’s express desire.” [S xl, note 2.]


Copy in Goa University Library: see Bibliography of Dr Pandurang Sakharam Shennavi Pissurlencar Collections, vol. II (of 3), Goa University Series No. 3, ed. B.S. Shastry and V.R. Navelkar. Cited in S.M. Tadkodkar, Goan Christian Marathi Vilapika During the 17th Century (Delhi: B.R. Publishing Corporation, 2010) 118, note 8. Tadkodkar notes that this copy is from the 19th century, and that sometimes the strophe numbers do not coincide with any of the strophe numbers in other copies mentioned by him (i.e. mainly the Central Library Panjim copy).

[Text.] Of J.L. Saldanha's 1907 edition. Gifted by Bishop Allwyn Barretto of Sindhudurg to Mr Suresh Gundu Amonkar, who is currently translating the Khristapurana into Konkani. He has since donated the MS to the GCL.


The Christian Puránna of Father Thomas Stephens of the Society of Jesus: A Work of the 17th Century: Reproduced from manuscript copies and edited with a biographical note, an introduction, an English synopsis of contents and vocabulary. [Roman script.] 4th edition, by Joseph L. Saldanha. Bolar, Mangalore: Simon Alvares, 1907. Pp. xci+597. XB. [Baago 2; Falcao 2003, 214.] 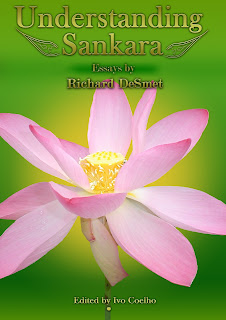